Created 27-Jul-21
Modified 29-Jul-21
Visitors 15
141 photos, 2 videos
My friend Lisa has been telling me about a great swim event up in Eureka run by Sarah Green and Bill Wood.
I was excited to try it. When mom and Sergei volunteered to house and pet sit, it became reality.
I was finishing a work project that lasted into the morning of our departure and Al was a kingly husband who cleaned the entire house and packed for both of us. Thank you Al. : )
On the first night we camped at Clearlake. All the trees and tree limbs reminded me of the veinous anatomy I had just been illustrating. It was a success - including the deep carnelian color of my tea brewed in the morning... it matched the beautiful madrone bark.
On the second day, we made a stop at Simply Succulent, a wonderful succulent nursery in Fort Bragg. We could not leave empty handed. The owner, Rella, is quite a character.
We made a stop at the beach and were frozen from our toes up. The water felt like it was at least 53 F.
Sunday dawned, and the Critter Crawl swim began. We swam between the mainland and several islands so the water was very calm. It was 58 to 60 F - super warm.
Jim and I rigged his kayak with the three monkey flags that had been flown in Santa Barbara for the Semana Nautica 6 mile swim in 2017. They went in very easily. The whole thing was a pleasure to swim, including Jim's sea chanties, Sarah Green's visits on the zodiac and general cammaraderie. I think I finished in 1hr 37mins. Grilled cheese sandwiches awaited on shore produced by a wonderful older couple. There was a raffle for those who bought raffle tickets.
I visited with Lisa and Denise.
Then everyone disperesed.
In the evening, Al and I took Jim out for a celebratory/thank you meal for the kayak guidance. I didn't take any pictures there.... and it's a shame because it was great. We were at a nice restaruant in the same marina where the swim landed, and the meal, company and ambiance were perfect. Jim shared an ice cream sundae with us that was about the same size as the Tower of Babel.
On the next morning we drove to Trinidad Head, a peninsula protruding West into the ocean. We were treated to tide pools that reminded me of Klimt and Dali at the same time... the anemones drooped dramatically.
In the afternoon, after I participated in my medical art conference and answered questions about a cactus talk I had pre-recorded, we said goodbye to Jim as he headed home. Al and I drove to Fern Canyon... which as you can see was covered in its eponymous plants. The canyon walls were steep and tall, and the feathery ferns covered everything. They were light as air if you touched them, and gently swayed at the lightest breeze.
What a wonderful trip.
Categories & Keywords
Category:
Subcategory:
Subcategory Detail:
Keywords:
© Alan Lapp and Zina Deretsky 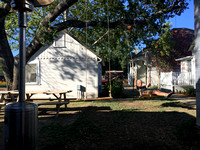 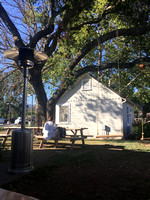 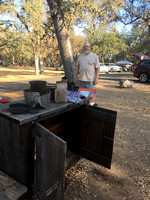 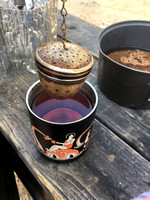 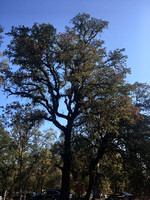 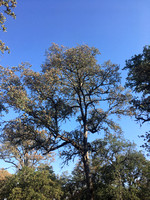 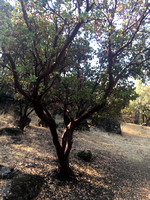 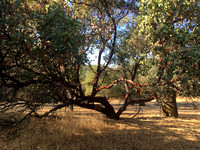 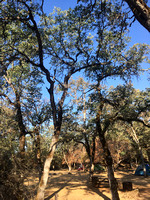 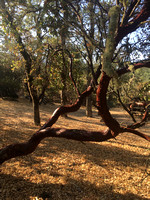 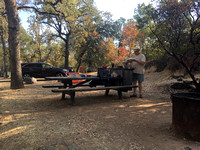 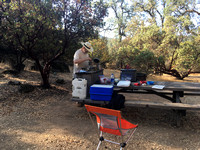 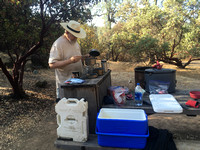 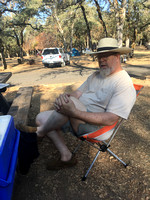 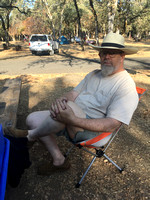 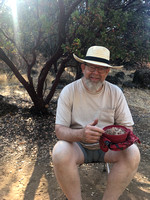 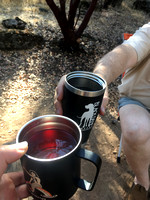 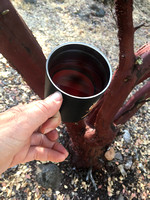 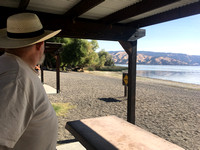