Created 25-Apr-20
Modified 26-Apr-20
Visitors 8
26 photos
Many years ago, Al brought home a cactus for me. It was not very big. Dark green and in a pot. It was a big surprise to both of us when it bloomed with a bright scarlet many-petalled cup a little while later. We identified it as Red Torch Cactus (Echinopsis huascha var. grandiflora). This cactus puts on the most flamboyant display every year. While its trunks are turning a tan color (a process called corking) the vigor and energy to put forth dozens and dozens of blossoms remains.

This year I noticed wee dark apertures opening up the bud tips at 7:40 at night. These apertures unfurled and operated not unlike a radial camera iris, revealing a dark cavern within, dotted with myriad stamen stars. We hovered with our cameras as night descended and the flowers opened. 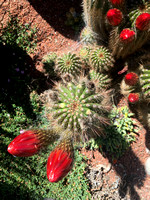 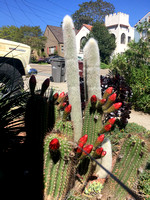 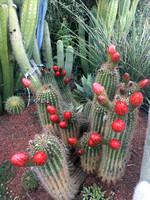 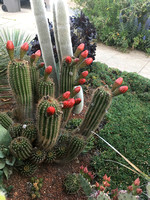 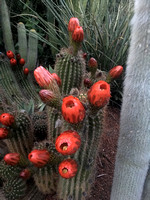 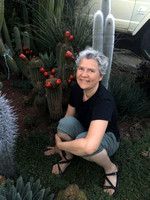 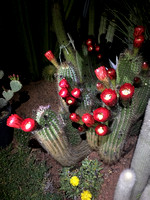 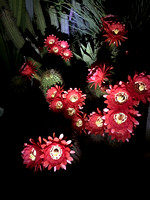 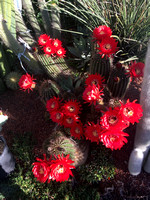 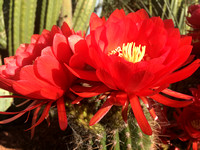 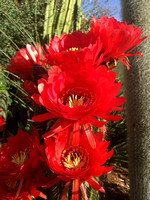 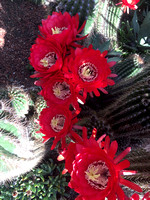 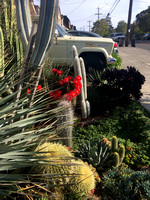 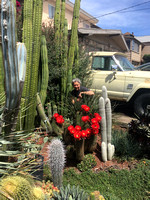 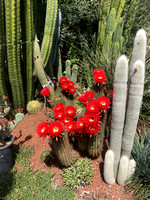 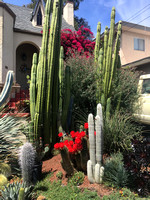